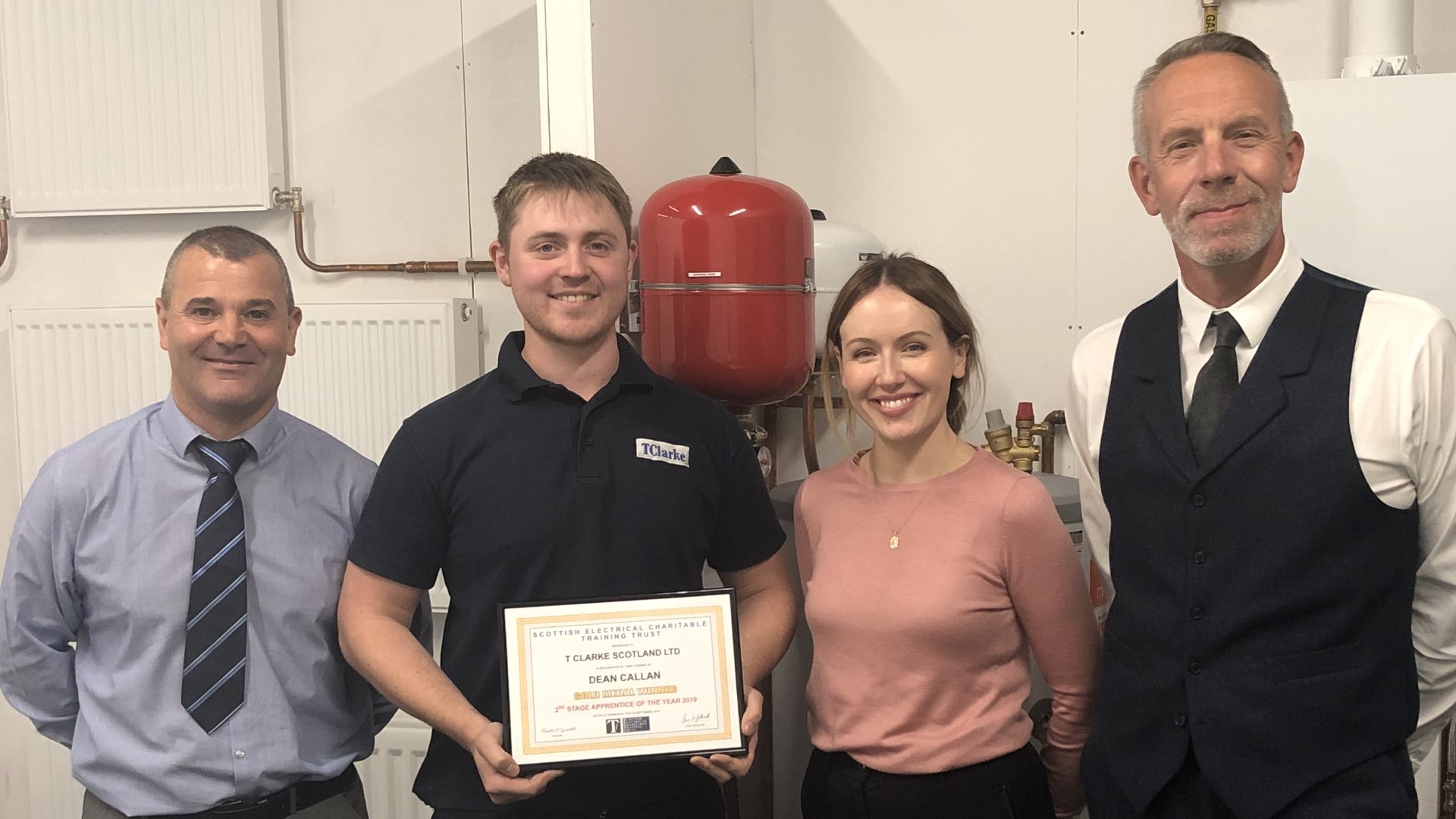 18/10/19: Dean Callan of TClarke Scotland is a gold medal winner and second stage apprentice of the year for the whole of Scotland. Here Dean tells his own story.

My time with TClarke started in May 2017 after working in retail for four years. I started with TClarke as a Pre-Apprentice working in the domestic sector at Barratt Burdiehouse in Edinburgh, until I started college at Forth Valley College Falkirk Campus in September.

In early 2018 I then moved to Barratt’s biggest site in East Scotland, which is the Heritage Grange project at Frogston. Later that year I was pleased to be named as the First Stage Apprentice of the year for Forth Valley College where I competed for the East area competition. This competition included a skills test where I was to build an installation from a combination of steel and PVC conduit with power and lighting circuits. After the skill’s test, I then had a theory test on the regulations, Health & Safety and the Scottish Building Standards. Unfortunately this was as far as I went in the First Stage competition but I was still proud to have been named for Forth Valley College.

In early 2019 I was again proud to have been named the Second Stage Apprentice of The Year for Forth Valley College where I again competed at an area level for the East area title. This time I was pleased to be told that I won this stage of the competition, and was then put forward to the next stage. The next stage was held at a national level and I was to compete against the other winners from the North and West areas. This stage involved a formal interview with representatives from SELECT, SJIB and Unite the Union. This interview involved questions ranging from personal career aspirations to general knowledge of the Electrical Industry. After what felt like a long wait, I was delighted to be named the Gold Medal Winner – Second Stage Apprentice of The Year for Scotland.

It’s safe to say I have thoroughly enjoyed my time with TClarke so far and look forward to whatever the future has in store.