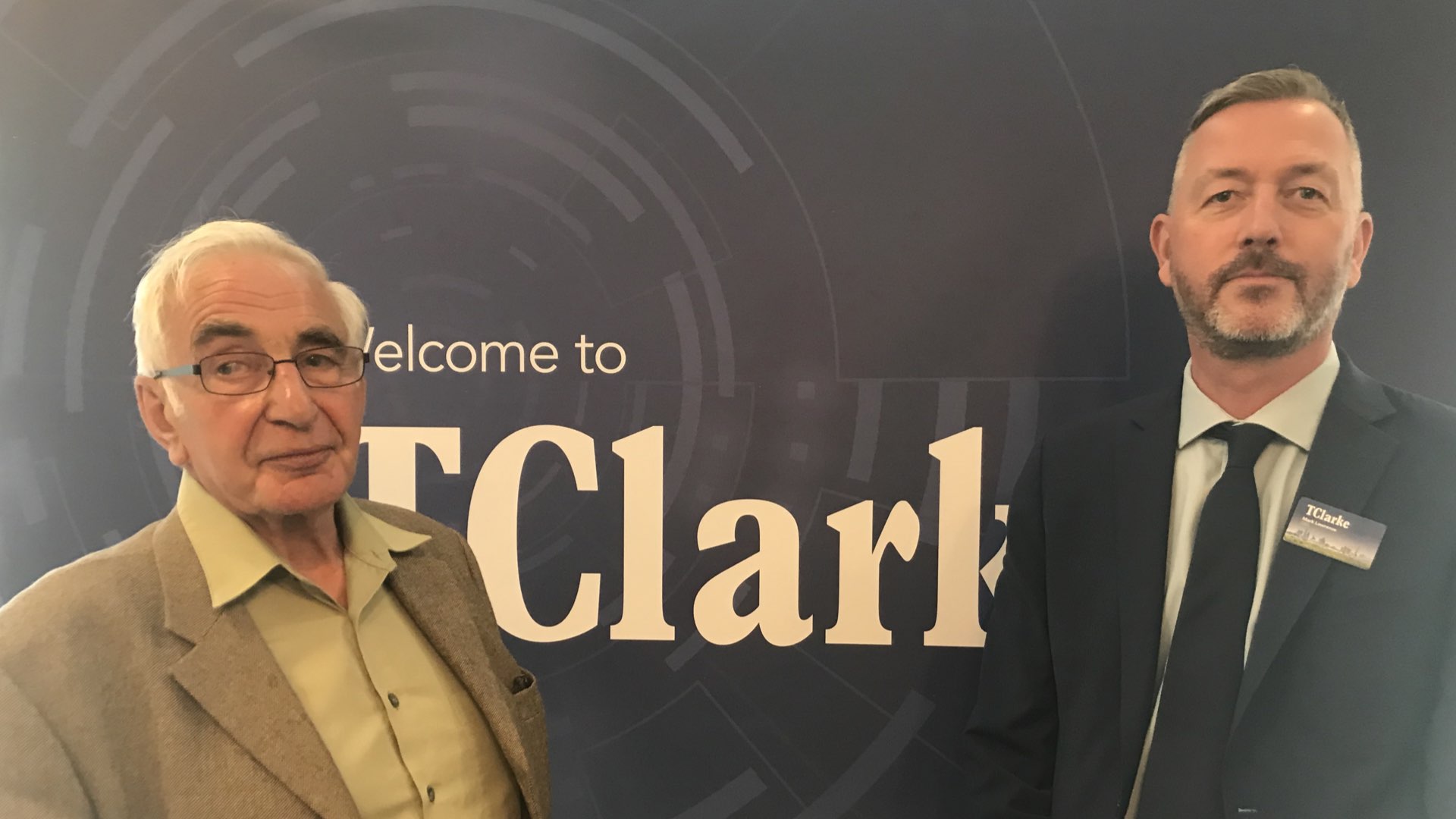 TClarke shareholder since 1978, shares his insights into the company

16/5/22: Kevin Akers is a TClarke shareholder who has attended AGMs and followed the company closely over many decades. Here he shares some of his insights into what TClarke is all about.

I’ve held shares since 1978 and an awful lot’s happened between then and the present day. But Tommy Clarke’s has always had an ethos and if you look into it then you can understand them. I can talk about three aspects I’ve noticed over time.

One remarkable thing is that they have always held apprenticeships in high esteem and through thick and thin, they have always maintained that same ethos. That, for me, is very very important.

Engineering contracting doesn’t go in a straight line; it isn’t easy, it is complex. Tommy Clarke has always been known to attract the right calibre of people to deal with complex engineering problems and a complex industry. And they do that over a wide base right across the country. It starts with that care and attention over apprenticeships.

And it hasn’t changed. The same ethos and the same people are what you get from TClarke today. That is the foundation of what they are.

As a shareholder, another thing I observe and I like, is that they tell you exactly how it is. There is a straightforwardness there which I like. I am a long term shareholder. I do accept that some years will be better than others. I can take bad news as well as good news provided people square with me – which is what they do. That’s how they operate with us as shareholders and it’s the same in their business dealings. That’s how they’ve got the reputation and the respect in the industry that they have today.

Mark Lawrence has come through the company from Apprentice to Chief Executive and he’s the same man now as the young man I first met. he’s down to earth, he tells it how it is and he’s fronted the company very well.

Ahead of the game

You look at the current growth plan – how is it possible? Well, that ethos I was talking about – another aspect of it has always been that they like to stay ahead of the game on technology. Today we see that 30% or more of the revenue is coming from Data Centres. That’s a specialism that’s grown so quickly – but if you look back, they’ve always been building the expertise. And now they are one of the leaders in the country. And it goes on; I saw on the website recently they had sent a team to Monaco to look at more Data Centre opportunities. As I said, they do keep ahead of the game on technology and that’s not a fad or something new – it is as much part of their ethos, just like the insistence on proper apprenticeships.