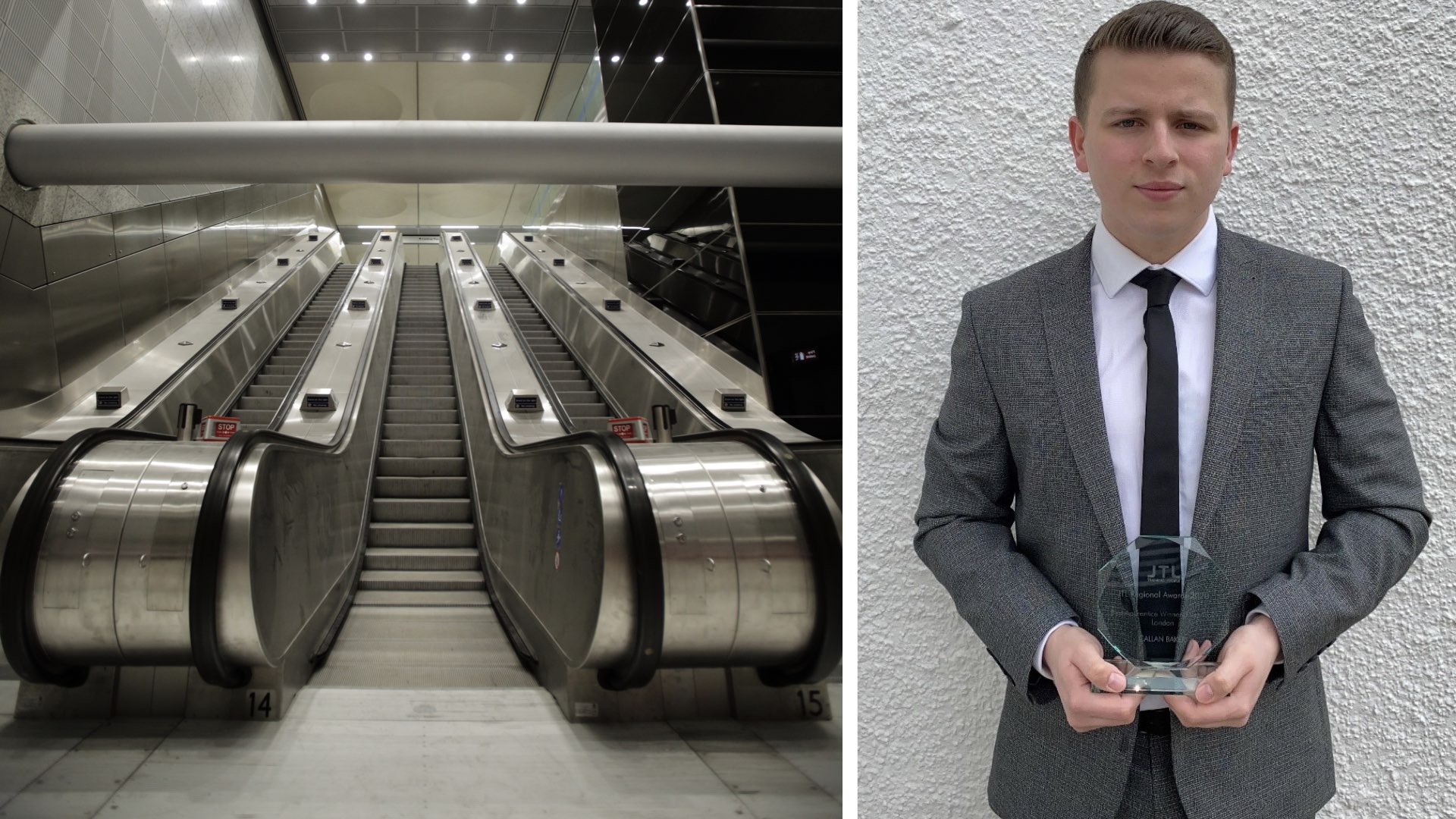 Callan’s JTL Training Officer, Kevin Cleverley set out some of the reasons for the victory:

“Since the very first day of his apprenticeship, Callan has been totally committed to achieving his NVQ, and has always been eager to progress in an efficient and mature manner. He has an extremely mature and diplomatic nature when dealing with his colleagues and employer, and I know this has allowed him to form extremely positive relationships in the workplace.

“Not only has Callan consistently completed his work with impeccable quality over the past four years, he is also one of the politest people I have ever had the pleasure of working with during my employment with JTL. His organisation, impeccable manners and fantastic attitude and understanding towards health and safety make him a credit to JTL and an invaluable member of his team.’’

“We are all delighted for Callan.  He started his career as an Electrical Apprentice at Victoria Station Upgrade (pictured) and has progressed to a Junior Engineer.  Callan was a TClarke Apprentice of the Year finalist in 2019 and in 2020 was enrolled in the TClarke three-year Future Leaders Programme.”

“TClarke standards of excellence are achieved through our professional highly skilled engineers and operatives.  Callan lives the values that have been created by the culture of his team, this will greatly assist his development and future goals.  We wish him every success in the National Awards Competition.“